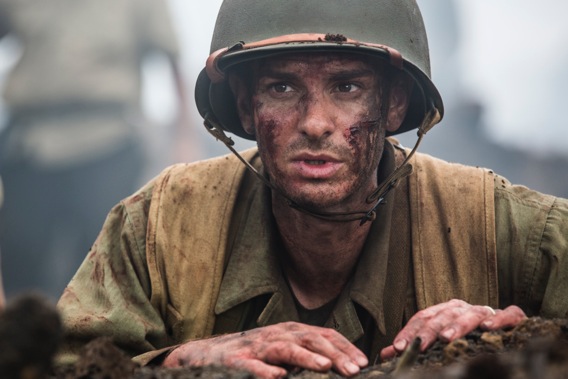 Mel Gibson’s next directorial, Hacksaw Ridge from Lionsgate, will open on Nov. 4. Deadline hears that the film tested through the roof and the best place for this title which has equal parts drama, action and faith-based nuances is right in the heart of the awards fall season. END_OF_DOCUMENT_TOKEN_TO_BE_REPLACED

Cross Creek Pictures and Brad Pitt’s Plan B are teaming with writer Tony Kushner to develop medical research drama “He Wanted the Moon.”

The project is a co-production with Cross Creek’s Brian Oliver and Tyler Thompson producing with Plan B. The companies have acquired movie rights to the memoir, written by Dr. Perry Baird’s daughter Mimi and Eve Claxton, titled “He Wanted the Moon: The Madness and Medical Genius of Dr. Perry Baird, and His Daughter’s Quest to Know Him.”

END_OF_DOCUMENT_TOKEN_TO_BE_REPLACED “We feel fortunate that Timmy and Brian were open to expanding their relationship with us. They have incredible taste and proven success with smart, commercial movies that serve worldwide audiences, and we know that their films will be a terrific addition to our slate.” -Tom Rothman, Sony Pictures Chairman

END_OF_DOCUMENT_TOKEN_TO_BE_REPLACED

“Not only is Andrew perfect for the role of Desmond Doss, the entire cast are an incredible mix of experience, depth and exciting up-and-coming talent.” -Mel Gibson

Hacksaw Ridge is the true story of conscientious objector Doss, who, in Okinawa during the bloodiest battle of WWII, saved 75 men without firing a gun. Believing that the war was just but killing was nevertheless wrong, he was the only American soldier in WWII to fight on the front lines without a weapon.
END_OF_DOCUMENT_TOKEN_TO_BE_REPLACED

The icy blue eyes of notorious Boston crime boss James “Whitey” Bulger stare out from the screen in Scott Cooper’s “Black Mass” like the gaze of some confident jungle predator calmly lying in wait, holding his ground until the moment he moves in for the kill. And that same coolly calculated composure extends to every aspect of how the actor playing Bulger embodies the role, or rather disappears into it. But if Johnny Depp’s mesmerizing performance — a bracing return to form for the star after a series of critical and commercial misfires — is the chief selling point of “Black Mass,” there is much else to recommend this sober, sprawling, deeply engrossing evocation of Bulger’s South Boston fiefdom and his complex relationship with the FBI agent John Connolly, played with equally impressive skill by Joel Edgerton. Something of an anti-“The Departed” (which was partly inspired by the Bulger case), the movie has an intentionally muted, ’70s-style look and feel that may limit its appeal to the date-night multiplex crowd, but quality-starved adult moviegoers should flock to one of the fall’s first serious, awards-caliber attractions.
END_OF_DOCUMENT_TOKEN_TO_BE_REPLACED